Want a copy signed by Libby? Email her (libby @ libbywaterford.com) to find out how to get one! 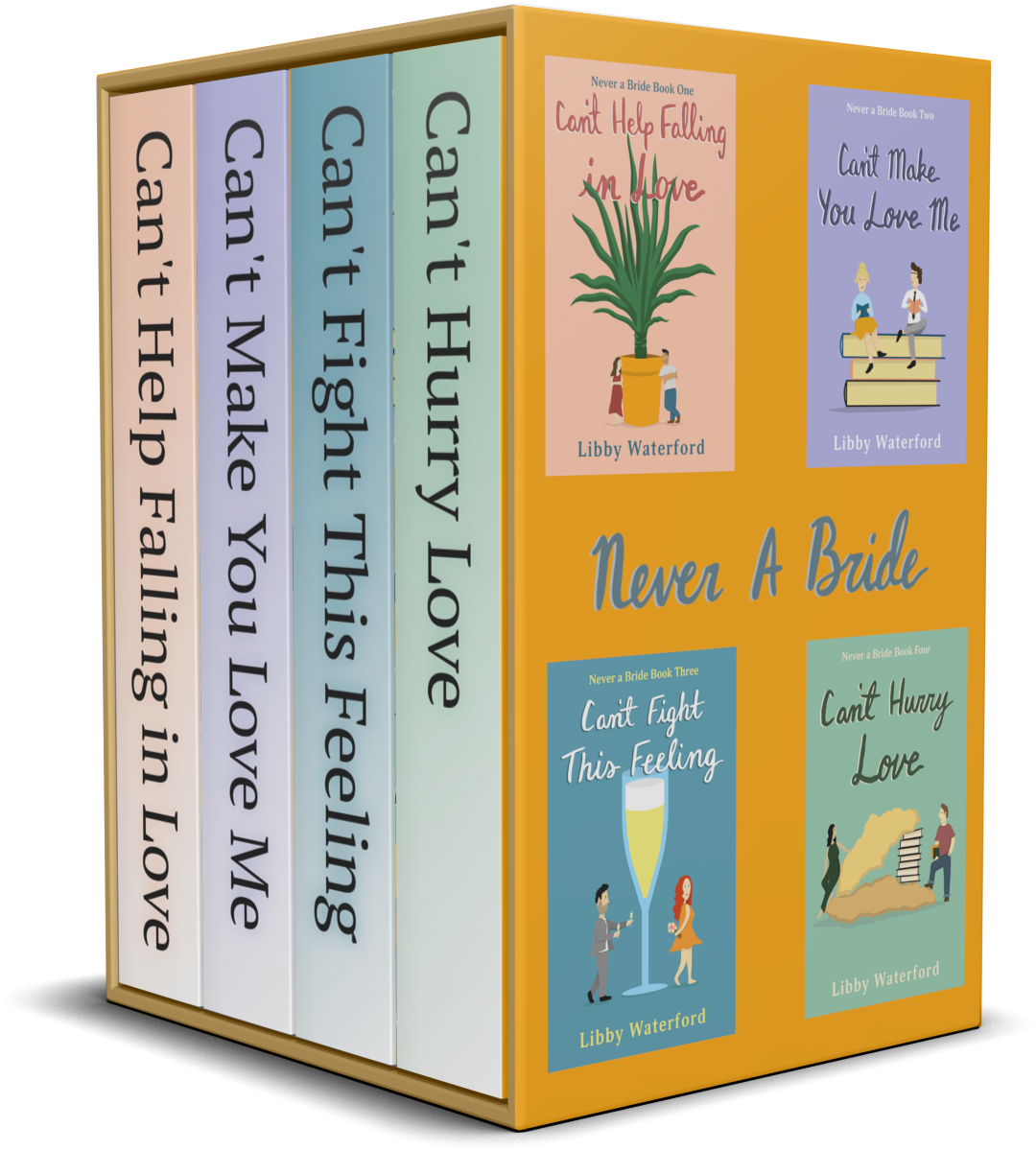 Never a Bride: The Complete Series

The complete Never a Bride collection is here!

Binge these funny, sexy stories about four reluctant bridesmaids who each find their happily ever after in an unlikely place.

Nicole, bride-to-be and wannabe matchmaker, has assembled Rosie, Ophelia, Kate, and Lani to be bridesmaids for her society Santa Barbara wedding. Besides throwing the wedding of the decade, she wants to see her favorite gals as settled and happy as she is… only catch is each of these four ladies has vowed never to walk down the aisle herself.

One by one, each bridesmaid finds herself falling for the man of her dreams. All four full-length novels plus one bonus prequel short story are now available in one volume! 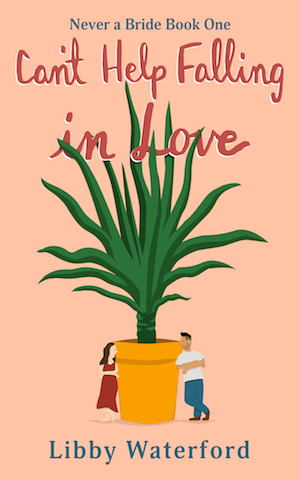 Keeping this staycation fling casual turns out to be impossible when you just can’t help falling in love.

Dr. Rosie Snyder doesn’t do vacations. Period. So when she’s ordered to take three weeks off, she’s at a loss until her best friend ropes her into fulfilling some bridesmaid duties by organizing an engagement party. Gus Cuevas, a cute gardener at the party’s venue, might be the perfect distraction.

When Rosie suggests Gus complete her vacation checklist with a fling, he quickly agrees. He knows the driven doctor would never fit into his live-for-the-now lifestyle of surfing, sunshine, and cerveza, but spending a few weeks with the beautiful brunette suits him just fine.

It’s not long before Gus realizes that three weeks together isn’t enough—he wants a lifetime. But Rosie’s not looking for happy ever after…even if it turns out she just can’t help falling in love.

Book one of a steamy new series about four bridesmaids at a Santa Barbara society wedding who form a pact to be Never a Bride.

Can’t Make You Love Me 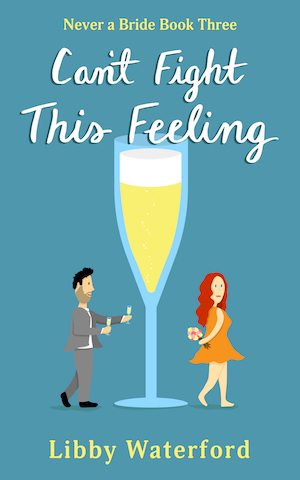 You can fight your past, but you Can’t Fight This Feeling.

Kate Treanor gave up hope of having a family of her own when her fiancé died three years ago. But miracles—and mistakes—happen. After a scorching one-night stand with a stranger leaves her pregnant, Kate’s determined to raise the baby by herself. But when she encounters the criminally charismatic baby-daddy at her best friend’s wedding, she’s torn between getting him to sign away his parental rights and getting him back in bed.
Playboy Oliver Mercier is thrilled when Kate reappears in his life—until it turns out she’s more interested in having him forfeit his responsibilities than repeating a night he’s never forgotten. Oliver is faced with upending his lifestyle to become a co-parent with the baby-mama he’ll never stop wanting. He won’t stop fighting for her, because he can’t fight this feeling.

Book three of the steamy series about four bridesmaids at a Santa Barbara society wedding who form a pact to be Never a Bride. 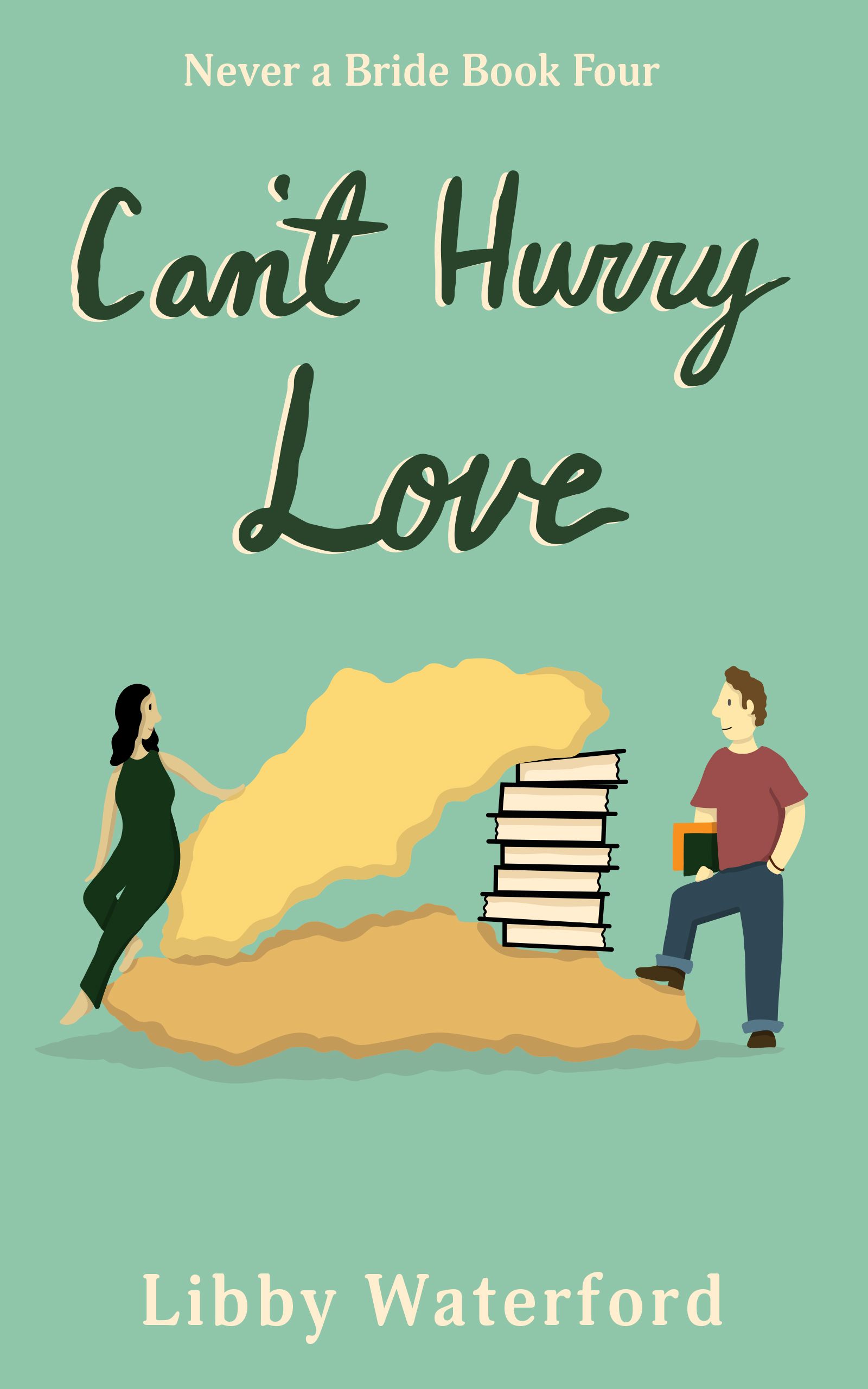 Dating her husband isn’t on Lani’s to-do list, but she’s getting a second chance to learn you Can’t Hurry Love.

Staunchly single Lani Kalama is the only member of the Never a Bride club who’s managed to stay that way. What her fellow bridesmaids and best friends don’t know is that Lani has a secret—she’s already married. That pesky detail didn’t seem relevant when her husband lived on the other side of the country and she hadn’t seen him in six years, but then Reed Bennet walks back into her life and all bets are off. The moment Lani sees Reed she has to admit that he may have moved away, but she never moved on.
Reed thought Lani would follow him when he left Santa Barbara to pursue his dream of becoming a great writer, but it didn’t turn out that way. He’s never forgotten the woman he married—she’s even the inspiration for his bestselling children’s book series. Running into Lani on a book tour reveals that six years hasn’t erased their chemistry. Now Reed doesn’t want to just write about Lani, he wants her back in his life. Can he prove to her that you can’t hurry love?
Book four of the steamy series about four bridesmaids at a Santa Barbara society wedding who form a pact to be Never a Bride.