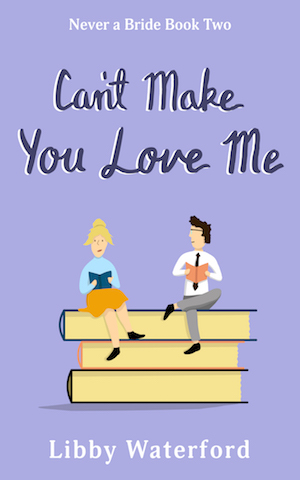 Enjoy this free bonus chapter, then read the book to find out how Jamie and Ophelia fare with their platonic friendship pact!

Ricky opens the door of his parents’ faux-Italianate mansion, takes the pumpkin pie from my hands, slaps me on the back, and welcomes me inside.

“Happy Thanksgiving, man. It’s good to see you,” he says, and I echo the sentiment. I haven’t caught up with Ricky and Nicole since they recently moved back to Santa Barbara from New York. I have to admit I missed my favorite cousin.

“Everyone’s on the patio having a drink. Dinner’s in a little while. I’ll take this to the kitchen.” Ricky disappears down the main hall of the oversized, over-decorated house. My aunt and uncle are much more into conspicuous consumption than my parents.

I cross the chilly Mexican tiled entryway and hover on the threshold of the patio, my gaze sweeping over the modest gathering. Mom and Dad are already here, drinks in hand, chatting with Nicole’s parents. I recognize the Aguilars, neighbors who have a couple of kids around Ricky’s age. Ricky’s dad, my Uncle Sean, mans the built-in bar across from the sleek propane-fueled custom-built fire pit. Aunt Yolanda must be off somewhere tending to last-minute details.

There’s only one person I don’t recognize, but I know instantly who she must be. She’s small, much shorter than Nicole, at whose elbow she stands. She’s wearing a brown cardigan sweater over a simple cream blouse, and a long, pleated skirt that looks like it’s from another era. Her hair is blonde, but not the clear, yellow blonde Nicole wears like a crown, but streaky, a million different shades, like straw in the sunlight. It’s pinned up behind her head in an old-fashioned bun. She looks like a high schooler in sixties librarian cosplay. This must be Nicole’s oft-talked about cousin. Ophelia.

I’ve been peripherally aware of her for years, but we’ve never met. Whenever Nicole mentions her, I always imagine a mini-Nicole—blonde, perky, sort of a Skipper to Nicole’s Barbie. The reality can’t be more different. There’s a vague sort of family resemblance, but if Nicole shares Barbie’s build, then Ophelia is more like a Kewpie doll, all heart-shaped face and curves.

I know she’s younger than Nicole, but how much younger? Is she even legal? I shrug away the intrusive thought as I belatedly remember I have a girlfriend, though Kara’s a few states away celebrating Thanksgiving with her own family.

Nicole’s talking, gesticulating with her hands, saying something about her new business partner and their search for the perfect location for the retail side of their design operation in her smooth, confident voice when she notices me.

“Jamie!” She waves her hand, ushering me over. “You haven’t met Ophelia. O, this is Ricky’s cousin. You know how you’re basically like my sister? Well, Jamie is basically like Ricky’s brother, pathetic only children that we are.”

“Oh God.” Nicole groans theatrically. “I should have known you two would hit off. You’ll probably be plotting behind my back now.” She sounds amused at the concept.

We sit down to dinner not long after that. Ricky’s parents had the thing catered, if you can believe it. They’re the kind of people who feel that the finished product being perfect matters more than how you achieve it. Thankfully, my parents are more “it’s about the journey” types who didn’t mind when eight-year-old me made a mess of my room taking apart my computer—as long as I put it back together again.

The seating arrangements sit the “kids,” all fully grown adults, next to each other. I notice Ophelia pushing stuffing around her plate.

“Not hungry?” I whisper.

“Oh.” She seems a little surprised that I’ve spoken to her at all. “Not really, actually.”

“That sounds good. This food is nice but—”

“It’s not homemade.” Did I just finish her sentence?

“Exactly. Is your mom a baker?”

“Not really, but her pumpkin pie is decent.”

“My mom used to make pecan pie for Thanksgiving.” She sounds sad, and something in my chest twinges sympathetically.

“Absolutely nothing. What do you think the caterers came up with?”

“I think I heard something about pumpkin mousse?”

“Well, that sounds absolutely disgusting!” She says it in a fake cheerful voice, and I burst out laughing.

“You know where you can get fantastic pecan pie around here?” she asks rhetorically.

“Jeannine’s,” I say, naming the local bakery at the same moment she does.

She smiles warm like pumpkin spice, her brown eyes wide with delight. “Yes! I love that place. Though it’s technically a pecan pie bar,” she adds, pushing a stray lock of hair behind her ears. Her earrings are tiny gold corn cobs.

“And so delicious,” I say, “but not as good as my mom’s pumpkin, promise.”

“You’re a loyal son,” she says gravely, then her tone brightens. “It’s weird that we’re just meeting for the first time. We both grew up here, why don’t we have more mutual friends?”

I breathe a mental sigh of relief. “I’m twenty-five, and I went to Laguna Blanca.”

“Oh, that explains it. I went to Santa Barbara High and you’re old.”

“So why’d you come back to Santa Barbara after college?”

“I missed being by the beach. What about you?”

“Me?” She laughs. “I’ve never been anywhere but here. Someday I’ll sell everything I own, pack a single bag, and travel the world. But not yet.”

“I know.” She sounds so certain. It strikes me then that she really knows herself.

“So you’ve really never been anywhere else?”

“When I was a kid my parents were always too busy to travel. The farthest we went on vacation was San Diego. After they split up, life was too chaotic. Then I got into UCSB, and I figured, why mess with a good thing? A million people would love to live in this paradise.”

“True, our hometown is pretty sweet. But there’s a lot of world out there.”

Later, while the men of the group are hanging out in the wine cellar looking at Uncle Sean’s latest acquisitions and the women have taken their coffee and dessert to the fire pit on the patio, I find Ophelia sitting at the marble-topped island in the kitchen while Sean and Yolanda’s housekeeper, Ana, finishes the last of the dinner dishes.

She’s eating another sliver of pie.

“It’s good,” she says with a hint of defensiveness.

We’re silent for a minute as I help myself to another piece, not bothering with a plate, just eating the slightly cold, fragrant pie out of my hand.

“Hey,” I say, as if it’s just occurred to me and I haven’t been figuring out how to casually bring it up for an hour. “Do you want to keep Thanksgiving going a little longer and get some pecan pie bars with me at Jeannine’s tomorrow?”

“We’re practically family. And I thought it would be fun.” I’m aware I’m hedging with that answer. We aren’t technically family. And the way her smile makes me feel, the way I’m starting to imagine what’s underneath all her many layers of clothing, is definitely not familial.

“Family. That’s true—we’ll be cousins-in-law if Ricky ever gets around to popping the question.”

She smiles at that.

“I’ve never known two people who act more like an old married couple. I hope I get that one day.” That’s strange. Why did I say that? Maybe Ophelia just seems like someone I could say anything to.

“Ricky and Nicole are pretty repulsively cute together,” she agrees, rather begrudgingly. “If you’re into that kind of thing.”

“What do you mean ‘that kind of thing?’ You don’t have a boyfriend?” I mentally cross my fingers that she’s single. Or at least into guys. The fact that I have a girlfriend I guiltily push to the back of my head to deal with later.

She stares right into my eyes and says, “I don’t do relationships.”

“Oh.” Her tone was flatly definitive, but I have to ask. “Ever?”

“Not anymore. The guys I’ve been with have the unfortunate tendency to fall in love with me and want to be with me forever. And I don’t. Want to be with someone forever, that is.”

She’s only twenty-three, but she sounds like she knows what she wants, and what she doesn’t want. I wonder if her definition of relationships includes… “But what about, you know, sex?”

“You sound so certain of that.”

“I know, I’m too young to swear off men, it’s a phase,blah blah blah. Listen, James.”

“I know. I like you a lot and our cousins will probably get married someday and have an adorable baby and we’ll be de facto aunt and uncle to it, so let’s make a pact.

“We can be friends. In fact, I’d like to be friends. But what I don’t need is a friend who wants to talk about relationships all the livelong day. Okay? I get enough of that from Nicole and I love her enough to put up with that, but the jury is still out on you. So if that’s something you can deal with then, great. We can do stuff together, hang out, and bond over pie. But we will not talk about relationships. Deal?”

The smile on my face freezes into a grimace as she keeps talking. I’m simultaneously impressed by her courage to say all that to someone she barely knows and just the slightest bit disappointed. I shake it off. We have a chance to become friends for real, and since our cousins are in this for the long haul, we’ll need to get along, too.

“You’re a funny type of girl,” I say after a pause.

“And you’ve got yourself a deal. So, Jeannine’s?”

“You still want to go?” She looks surprised.

“If we’re going to be friends, we should get to know each other better.”

“Okay, sure, sounds good.” I feel a strange rush of relief at her answer. But then she goes on. “Should I ask Nicole to come, too?”

“Uh, yeah, if you want. But only if she orders the pecan pie bars.”

And when Nicole turns out to have a hair appointment the next day and it’s just the two of us… well, I don’t think either of us minds one bit.