Dawson’s Creek and Me: The inspiration behind Sawyer’s Cove January 1998. I was fifteen, a sophomore in high school, and so ready for a show like Dawson’s Creek. I remember its debut well—the breathless columns from pundits who either decried or applauded the show about hyper-verbal teens who actually talked about sex instead of tiptoeing around it.

I instantly identified with Joey Potter and was pretty sure she was my soulmate—okay, my mom wasn’t dead and my dad wasn’t in jail, but I also liked to read! I also had crushes on cute boys who never seemed to see me as a possible romantic partner! Obviously, Joey was my on-screen analog, rather than confident, sexually experienced Jen Lindley. 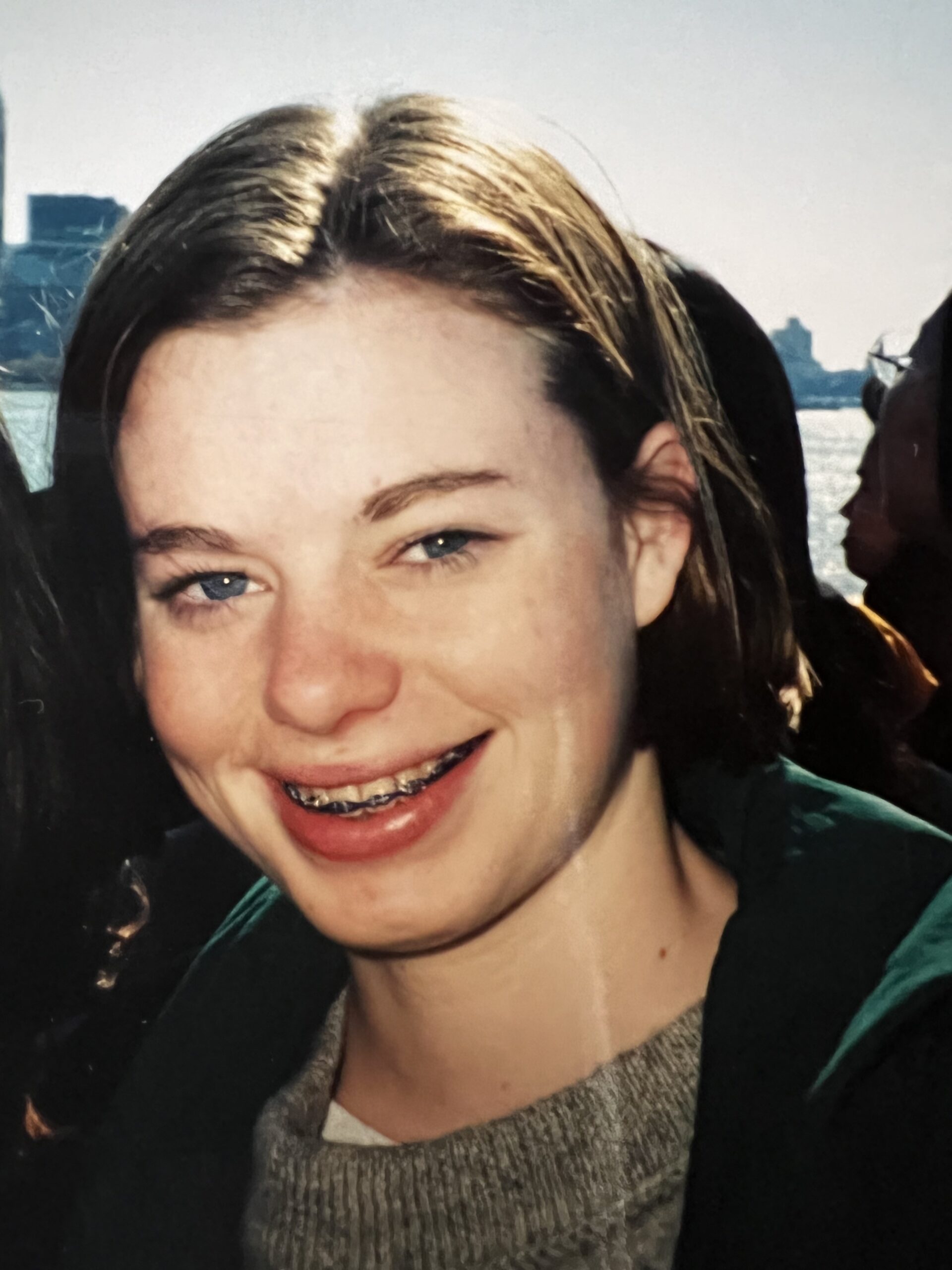 Memories of that first season are mixed up with what was going on in my life at the time—my parents had just told my brother and sister and me they were getting a divorce and I remember spending a lot of that spring shuttling between my house, my mom’s tiny apartment, and school, confused that this was my life now.

By the time the second season started, things had calmed down. The woman my dad was dating had satellite television, so I could watch the East Coast feed before all my friends and do my homework during the commercial breaks. I’d eat my body weight in Red Vines and then anxiously wait three hours to call my girlfriends to talk about the latest developments. Was Jack really gay? Why was Andie so perky? Would Dawson and Joey ever figure their shit out? Why weren’t any of the guys at our school as cute, funny, sensitive, and gentlemanly as Pacey Witter?

When Pacey fell in love with Joey, it was a revelation. A show could change its mind about which couple was supposed to be endgame, and I, who’d been shipping them (far before I ever heard the term), since the carnival episode in season one, felt vindicated. Pacey and Joey they sailed off into the sunset at the end of season three right before I graduated from high school. I decided I had outgrown Dawson’s Creek. I was going to be a college girl, (at an East Coast liberal arts college just like the one Joey would end up attending) and would have no time for childish things like teen soaps.

The Dawson’s embargo lasted until junior year. All my best girlfriends were spending the semester abroad, while I’d decided to stay at school instead of going to Greece (I was incidentally dating a boy who was as cute and sweet as Pacey, but without the chip on his shoulder), so when I heard the upcoming season of Dawson’s Creek was going to be its last, I was curious about what I’d missed and what was going to happen. Were Joey and Pacey still together? Had Dawson gone to film school?

One of the cable channels was replaying every episode in order in the lead up to the series finale. I had one of those TVs with the VHS player built in and I’d record the reruns like my great aunt recording her daytime soaps while I was at class, then watch them while pretending to do my reading in the afternoons. I binged (again, before binging was a thing) my way through seasons four and five and caught up so I could watch season six live. Some of the plot twists mystified me—Andie on ecstasy? Joey almost had an affair with her professor? Dawson lost his virginity to Jen?!? But I enjoyed every soapy minute. I cried my eyes out when Mitch died.

The series finale finally arrived. I was ready. I’d watched every episode. I’d missed Andie, warmed up to Audrey, tried not to be impatient with the way the show tried to sell us on Dawson and Joey as meant to be. The two-hour finale was perfect and heartbreaking. I cried buckets and still do every time I watch it. I think it’s one of the best series finales in the history of television. Do I wish they could have given Jen a better ending? Of course! But they at least gave her death the gravitas it deserved. And Jack (and Doug) raising her daughter is a beautiful, hopeful twist I love. 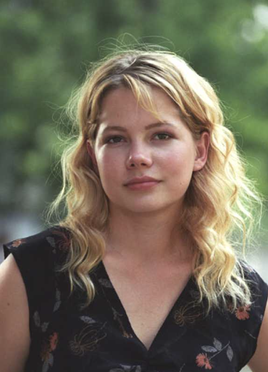 After that satisfying send-off, I left Dawson’s Creek behind again, this time for fifteen years.

September 2019. I started watching Supernatural when it was about to start its final season. Not sure what possessed me to watch fifteen seasons of that show in about a year, but, hey, we were in a pandemic. Anyway, I completely fell in love with Jensen Ackles and vaguely remembered he’d been on Dawson’s Creek. I started rewatching season six just for him, remembered why I loved (and sometimes hated) the show. The wonder that is Tumblr introduced me to Dawson’s Critique, one of the many Dawson’s rewatch podcasts out there. It became one of my favorite podcasts and an inspiration. The Dawson’s Critique hosts, Erin and Julia, are a year behind me in school. Erin is from Orange County, where I was born, Julia’s from Santa Cruz, where they both went to school and coincidentally where my sister went, too. They are California to the core, and despite having lived a large portion of my life on the East Coast, so am I. They have a deep love and affection for the show, yet they have an unflinching ability to call out the writers for every problematic second of it. And there are a lot of problematic moments, even by 1998 standards, let alone 2022 standards.

It’s been a fun journey to hear where they were when the show originally aired and their thoughts with the benefit of hindsight and twenty years of life experience. I think it’s important to be able to look critically at things we love and understand why we love them, both because of and despite their flaws. We’re all flawed, we’re all human, and television shows are inherently going to have their shortcomings. And yet, they can provide a feeling of security, community, love.

I haven’t watched Dawson’s Creek nearly as many times as I’ve watched my number one favorite comfort show (Murder, She Wrote) but it still gives me a sense of uncomplicated ease. Not because I’m nostalgic for high school, or even college, but because the escape provided in a show like that during those difficult adolescent years is worth its weight in gold.

I’ve spent my adult life working incredibly hard to create stories that readers can escape into, to provide something comforting and hopeful, light and welcoming, romantic and funny, for a few minutes out of a day that is inevitably going to contain its share of stressors, challenges, sadness, hate, and pain. The human condition may be to suffer, and I know we’re told that in order to truly be human we need to confront that and not numb ourselves with distractions. Fair enough. But we’re also allowed uncomplicated joy and vicarious pleasures when the actual pleasures of life are sometimes few and far between. We’re allowed to be happy. We’re allowed to find that happiness in fictional characters and couples, whether they be Elizabeth and Darcy, Aladdin and Jasmine, Simon and Blue, Edward and Bella, or yes, Pacey and Joey.

And so, I’m living out my personal happily ever after with my own sensitive, gentlemanly sweetheart (the same one from junior year of college). I’m also cackling along with the Dawson’s Critique ladies every week. I’m honoring my love of the show in my own way, by writing a brand-new steamy-small-town-meets-Hollywood contemporary romance series. The first book in the Sawyer’s Cove: The Reboot series will be coming your way soon. I can’t wait to share the fictional town of Misty Harbor with you, and the legacy that the cult-favorite teen soap Sawyer’s Cove has left on the inhabitants of the small coastal Connecticut town where the show was filmed over a decade ago.

Come for the meta TV homage, stay for heartfelt romances between Misty Harbor residents and the Hollywood folks who come back to town to film a limited series revival of Sawyer’s Cove. I promise there will be swoon-inducing romance, witty banter, small-town warm and fuzzies, and all the Hollywood gossip I can dream up. You’re invited to Misty Harbor, aka Sawyer’s Cove!