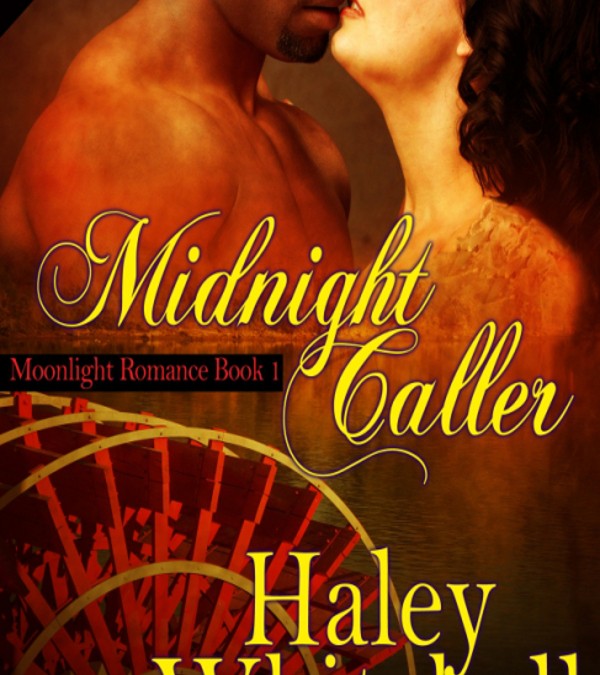 Please welcome Haley Whitehall and her historical interracial romance, Midnight Caller, which is FREE on iTunes through October 1!

I’d like to thank Libby for having me on her blog today. I’m here to talk about the very first historical romance I’d written Midnight Caller. I can’t believe it has been published for a little over a year.

Midnight Caller is currently free on iTunes as part of Apple’s 1st in series free promotion. Now is your chance to check out my Moonlight Romance series. It won’t cost you a penny.

So how did this story of three soon to be four books get started?

It seems all story ideas start out innocent and then they either turn darker or more recently hotter. Midnight Caller was no different. As a historical fiction author I love scouring old diaries, newspapers, and history books for a nugget of information that could spark my next book.

I had done a lot of research about steamboats for my historical novel Living Half Free. I learned all about how a steamboat operated and the many different jobs it took to run a steamboat from waiter to fireman. It was during this research I came across the historical account of white women from Louisville, Kentucky willing to make “a connection” with African American steamboat workers.

The account I read involved the prominent women of the Ward family paying the steward aboard the steamboat five dollars to sleep with them in their stateroom. While there is something to be said about a refined man, as stewards were, I much prefer the rough and rugged type.

My writing partner Eva Lefoy started teasing me about the roustabouts working on the steamboats. They were tall and muscular, often worked shirtless sweat drenching their rock hard bodies… needless to say that got me excited and Frederick was born.

After Frederick was emancipated he continues to work on the Comet as a roustabout and moonlights as a prostitute trying to save up money to buy some land. He doesn’t want to spend the rest of his life on the water. At twenty-five he is getting to that age he wants to find a wife and settle down. He thought he’d never fall for any of the white women he serviced. They were mostly old widows … but Emma was different.

At first sight he knows he’ll have the privilege of sleeping with an angel. She was petite with a generous bosom, a charming smile and dazzling hazel eyes. He is going to enjoy servicing her, but realizes his heart was in trouble.

Here is a little more info on Midnight Caller. 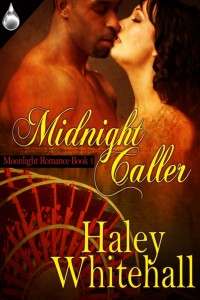 A dark, handsome man sat on her bed and she wasn’t about to waste another minute. Stepping closer, she thrust out her chest—her bosom eye level with him. “Please help me undress.” More confidence worked into her voice.

Frederick reached up with his long arms and carefully undid the first button, his fingers brushing the base of her throat. The buttons went all the way down the front of her dress. When he unhooked the buttons covering her chest, she drew a sharp breath. The heat traveling through the cloth made her nipples peak.

He moved with unhurried grace, so careful as if he was afraid his strong fingers would tear the fabric. He lingered a second longer than necessary before moving to the lower buttons. Her pulse sped. She had never experienced such tender attention before. The thrill wound its way through all her nerves to her mound.

Frederick slipped off the bed and onto his knees. His fingers worked on the last buttons. When his gaze fell between her thighs, she moistened. The lust in his eyes spoke to her body like nothing had before. He wanted her.

She relished the thought, savoring it like a piece of chocolate.

For the first time in her life she felt like a woman worthy of love. She had never felt wanted before. She yearned to form a connection with him. She reached out and grabbed his sturdy shoulders. He placed a kiss on the back of each of her hands. She tingled where his lips touched.

After working her arms free, she let him pull the dress all the way down until the garment puddled at her feet. He eyed her petticoats hungrily, but hesitated.

His restraint increased the adrenaline pulsing through her veins. She held the power. He was there to serve her.

“You may take down my petticoats.”

Frederick did as he was told. Now standing in nothing but her white silk camisole and drawers, she shivered, not from cold, but from excitement.

She hadn’t bothered with the confining corset this morning. The impropriety gave her an unprecedented rush. She spent the whole day in the house anticipating this moment.

Frederick reached down and took the bottom of the camisole in both hands. Emma nodded and he slowly pulled the chemise off over her head, revealing her light skin a little at a time.

When he touched her drawers, she quivered. He pulled her drawers down quickly and she stepped out. His touch was so intimate she longed to have him roam his hands over all her curves. He was older than her—perhaps twenty-five and his expression told her he was eager to proceed. He knew much more about carnal pleasures than she did. She would enjoy the experience.

He stood there, taking in her beauty. His six-foot-three frame slightly bowed, all his attention on her. Like she was the only thing in the world that mattered. Her insides twisted and she felt a conscious blush. Hopefully he liked what he saw.

“What would you like me to do now, ma’am?” Frederick asked in a husky voice.

When Emma Bennett’s husband dies in a carriage accident in 1865, she is released from her loveless, controlling marriage. Now she has a chance to find happiness and raise a family. But before she begins courting again she wants to experience her freedom. At the advice of the leading socialite in town, she takes a black lover to fulfill her sexual needs. His raw, masculine power awakens feelings she didn’t know existed. After the first touch she craves more.

Frederick works as a roustabout by day and moonlights as a prostitute. He knows better than to fall in love with his white client, but Emma enchants him the first time he calls on her. To keep them both safe, he works hard to put up barriers. Unfortunately, he can’t protect Emma from the slimy Mr. Hawthorne, who wants her as his bride. Frederick vows to keep her safe even if his forbidden love costs him his life.