Welcome to Haley Whitehall, here to tell us about her two new historicals–one of which she’s giving away to a lucky commenter. Read on!

Many thanks to Libby for letting me stop by to let you know about my two new historical romance releases Soldier in Her Lap (Decadent Publishing) and Midnight Kiss (Liquid Silver Books.)

They both have lonely, beautiful, strong-willed heroines and handsome, flawed warm-hearted heroes. I hope you will check them out. To encourage you to check them out I’m offering a giveaway. One random commenter will win their choice of either Soldier in Her Lap or Midnight Kiss.

Have you read a good Southern historical romance lately? Tell me about it! 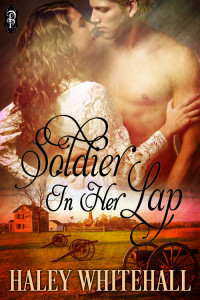 Soldier in Her Lap Blurb

Trapped by her alcoholic, abusive father, Sophia Carpenter longs to escape her life of drudgery on her father’s dirt farm in Clark Springs, Georgia. Making matters worse, her father’s scared off every man who tried to call on her. She longs for freedom, but with the Civil War raging, even fewer men are available to fulfill her dreams—unless a soldier landed in her lap.

Conscripted into a war he never wanted to fight, Lucas Grady is tired of battle and refuses to lay his life down for a lost cause. After a musket ball tears through his leg, he deserts from the ambulance wagon rather than risk a field surgeon’s saw. He barely makes it to Sophia’s farm before collapsing.

The wounded soldier’s arrival seems like a dream come true, but first she must save him from his injuries—and her father. As forbidden attraction blooms between them, they will have to struggle to survive. Can their love overcome so many obstacles or will they become another casualty of the War Between the States? 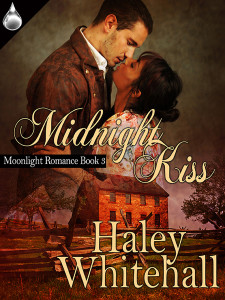 Unjustly accused of stealing, nanny April Windmire is turned out on the streets without pay. With no place to go and no friends, she stows away on a Mississippi River steamboat. Her hopes to hide through the journey to St. Louis are dashed when a handsome white officer finds her. But instead of turning her in, he takes her to his private quarters where she fights her growing attraction to a man she cannot have.

Matt Seever’s wife died four year ago, leaving him alone with two small mulatto children. But his job as an officer on the Queen Bee isn’t family friendly. He knows he needs a new wife, but no southern white woman will marry him. When April lands in his lap, his prayers are answered. Or are they? April’s not the trusting type and racial prejudice runs deep in post-Civil War Missouri. Just when Matt convinces April he loves her, his new family becomes a target and there’s no backing down from this fight.

Together, April and Matt must brave heinous race prejudice crimes to find an enduring love.

Haley Whitehall lives in Washington State where she enjoys all four seasons and the surrounding wildlife. She writes historical romance set in the 19th century U.S. When she is not researching or writing, she plays with her cats, watches the Western and History Channels, and goes antiquing. She is hoping to build a time machine so she can go in search of her prince charming. A good book, a cup of coffee, and a view of the mountains make her happy.