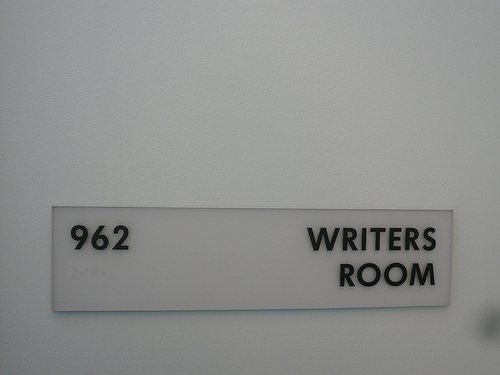 I’m super close to finishing the first draft on the last of three novellas in a series I’ve been working on since last fall. Here’s a sneak peak at a very rough scene from this particular one, tentatively titled Sex and the Single Professor.

She nuzzled his neck and then nipped it, a little love bite that had him groaning and reaching for her waist, to hold her more snugly to him, and had his mouth seeking out her long, graceful neck in return. She gasped as he made a little red mark on the side of her neck. It would show in the morning, but he didn’t care. She was his.

As if she could read his thoughts, she pulled slightly away from him. “We have talking to do.”

“Then talk,” he said, then he sucked on her earlobe for a second before letting go. “I’m very good at multitasking.”

“Multitasking is a myth,” she said on a shuddering sigh as he moved his tongue to the pulse of her neck and licked.

“Fine.” He pulled his mouth away and put a couple of inches of air between them, even though his entire body was screaming at him to press on, to touch every inch of her and then do it again.

She stared at him uncomprehendingly for a moment. “What are you doing?”

“Stopping, so we can talk.”

“Why would you do that?”

“Because you just said—“ Her laughter cut him off.

“Well, what we have to talk about is pretty important.” He didn’t want to be in this state of limbo anymore, he wanted to know that Katya was his and always would be. But the suddenly serious look on her face had nerves twisting a hole in his gut, replacing all his arousal with fear.